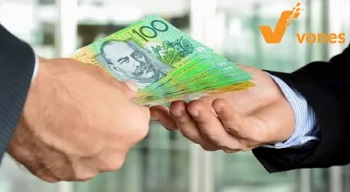 How To Get a Cash from Sell My Phone

When you having a broken phone the things that you do mostly just trying to keep it or throw it to trash, now you can do something better than usual. Now you better started to say “sell my phone” rather than to keep it in your home, this is not something that is hard to do, you can sell your phone to us and get cash from it.

Here is something that you have to know in order to get your phone sold in our store, the requirement is not as hard as you think to cash your phone. Several explanations in down below will guide you to connect with us, there is no worry about the amount of money that you will receive from your damage phone that you sell to us.

Can We Sell a Damage and Old Phone?

The first one when you want to sell my broken phone to us is under the damage of standard thing, the first one is the screen damage. We still can tolerate the screen damage to sell to our store, as it is still not too much decreasing the values of the phone, that we can still repair it so you can still get the money from it, that does not seem too far from your expectation.

The third one is about water damage; we can still accept the old phone with water damage due to several reasons. The water damage is only broken the small part of the system since it is still quite easy to repair, and that is not a big deal for us, while you want to sell your damaged phone and want to get extra cash to buy the new one.

The last one if you want to sell my broken phone to us, you can sell your phone with a bloated battery that happens several times to your phone. Sometimes if the phone is started to getting old, it will impact the system that can go to the battery, the battery is too often to get bloated, so you may spend a lot of money on that, and now you can sell it to us and get cash from it.

Should I Sell My Phone or Repair the Damage Before Sell it?

We are accepting the phone without any reparation on it after the damage, we can buy that phone with the number of the price that we already discuss before until we make a deal. Start from now try not to repair your phone, if the damage is not as big as you think and change your mind to go directly sell it to us since we will accept your phone with the equal values with the damage to give you cash.

How to get here

Close Menu
× How can I help you?